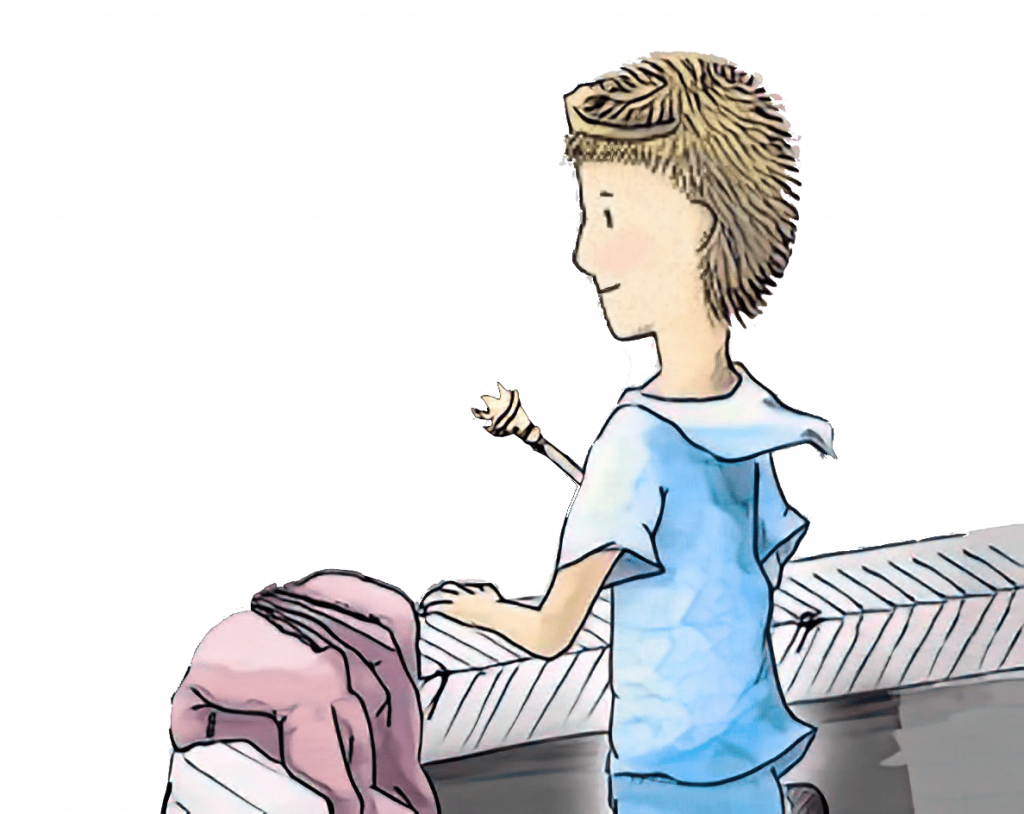 The theme song of Little Prince is Depressed

Depressed Little Prince travelled around in town. When he set off, he thought it must be a lonely journal; finally he was surprised to realise that he was never alone.

He consulted the Therapist and was given directions to help his body and heart.

He visited the Mind Gym and strengthened his psychological fitness.

He passed by the Sharing Garden to share his problems with others and to learn others’ experiences.

He went to the Echo Valley where he yelled and received an immediate response in return.

He walked through the Door to Answers which had blown out the questions in his mind.

Depressed Little Prince returned to where the storm once roared. Looking around, He found that everything was staying the same as it was yet everyone now seemed more beautiful. The spot where tears were dropped had grown precious crystals that sparkled and glittered.

Depressed Little Prince could feel the tranquil inside him. The haze disappeared. He was happy to see the clear blue sky again.

“Oh! My dear Prince,” it was the same voice again. “You have recovered from the emotional flu!”

Yes, thank you. But……, who are you?” If you were Depressed Little Prince, you should know who had always been there to help and to care.

“Don’t say that. It was all about your courage and efforts. Once you made up your mind to open up, to seek help, and to accept help, you would eventually win the battle. My beloved Prince, I’m proud of you!”

Depressed Little Prince recalled the golden beam he saw at “One Step Hill”. It was like the hand of a caring friend.

Depressed Little Prince took his protective robe off and held the wand firmly. He was gazing at the vivid and dazzling paths ahead. He moved his feet and confidently went down the path he had chosen for himself.

Hesitate no more! Step out, my friend!

The University of Hong Kong


All name are listed in alphabetical order.